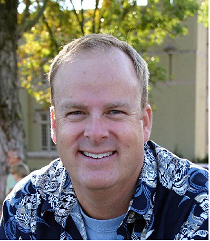 David Beemer currently serves 300+ families and small businesses throughout the United States.  Since 1993 his stated mission has been: "To help middle class Americans protect their families, get completely out of debt, educate their children and retire on a sound financial basis.”

He started his own company in 1999 and became a mortgage loan officer in 2000.  He loves helping clients with mortgages and works with a dozen lenders to find the loan that best fits the borrower’s needs.  Dave is a Registered Representative (broker) and Investment Advisor (financial planner) with Securities America and Securities American Advisors.  He’s sells various insurance products through Brokers' Service Marketing Group out of Providence, Rhode Island and is a Maine Notary Public and Wedding Officiant.

Dave graduated from the United States Naval Academy in 1987, became a surface warfare officer and qualified as a steam engineering.  He served on active duty for eight years and has been to thirty six countries. During shore duty he attended night school, earned his M.B.A., left active duty in 1995 and has since worked to help families and small businesses.